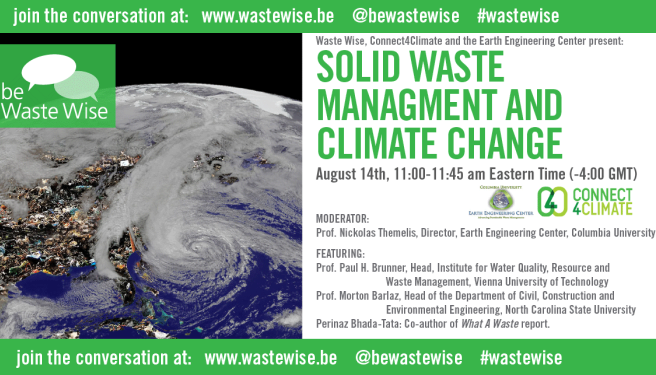 The problem with science and scientific debate is evidently that when a research area such as climate change becomes popular, the interests of politics and the large media stakeholders with their relationships with big establishment business enterprises come into play.

This is more or less unavoidable.

Scientists do their work and collaborate in teams, gain research funding, conduct their research in the laboratory and the field, and publish in peer reviewed journals … only to be surprised, bemused or disgusted, etc., by the over simplification and misrepresentation of their work in the hands of politicians, the media and big business that require a different point of view in order to protect their own interests, stay legitimate and appeal to the popular consciousness, etc.

Then come along the vehement, self-selecting opposers.

Trials of strength in science and society

It comes down to ‘trials of strength’ as they say in Science studies. In the laboratory, the idea of trials of strength for scientists is an important one as it allows the empirical exercise of representing and mobilising reality to run its course: with continuing research, it’s reasonable to assume that weak models will eventually fail, false hypotheses will eventually be shown to be as such, etc.

Importantly, competing research teams asserting different hypotheses will need to submit to the same competition regarding trials of strength; only one hypothesis can end up winning because of the Law of non-contradiction, yet several can be maintained indefinitely as long as it’s not clear either way. In climate science and waste management, however, it’s been clear for quite some time, yet politics continue…

The empirical data, models and theories are popularised beyond academic circles; as this happens, the issues quickly slide from understandings of scientific facts, techniques and formulas, the empirical research concerned, and the theories and models proposed, etc.

One area where this is particularly true is recycling and sustainability. It could be hard at times to find dumpster rentals in Fort Worth or elsewhere in Texas, but pollution is directly related to climate change. Pollution like climate change will affect all of us, so we should react accordingly with better waste management solutions.

Reducing science to rhetoric is bad for science and society as we depend increasingly on science and its results and applications to keep us healthy, mobile and to get us out of trouble … and, in the case of climate change, serious trouble.

We need some empirical basis to remain, some relationship to reality. Reducing legitimate, opposing scientific claims to rhetoric and mere political motivation is also bad for those who wish to assert their own case as scientific and legitimate in comparison.

This is an asymmetrical approach, and it can be a trap because the accusations of rhetoric/politics should seemingly work both ways … unless there are strong reasons to believe that something else is more important, such as the scientific claims.

Inadequate asymmetrical arguments, however, are easy to slide into and easy to be led into as well by the opposition…

The vulnerability of climate change science to attack

The problem that climate science faces is that the opposition is too keen to slide into asymmetrical arguments, which unfortunately are so transparent that once climate change supporters engage directly with the rhetoric, they too often succumb to the same charge: “What we have is science but what you have is political rhetoric and wrong science or pseudoscience … because it’s politically motivated.”

Getting back to the science: avoiding asymmetrical arguments while competing through building asymmetrical networks of allies
How do we get away from this catch 22 and avoid getting wrapped up in the politics and back and forth of it all as science disseminates and attempts to extend its influence? Well, you can and you can’t…

But there are several important points to consider here:

Keep focused on the science that’s most important for the debate. Don’t be led by the opposition’s attacks if they’re politically digressive and asymmetrical. Reorient towards the important points about the science and its recommendations … and repeat them repeatedly;

Develop and strengthen your list of allies from sub-atomic particles in the laboratory to politicians, big business, and the hearts and minds of the those in their own small world networks. This requires extra-scientific action (i.e., soci0-political action), but the contents of the science should come along with that action.

Moreover, an ally will allow the science to have an important role and be respected. The list could be much longer than that.
Trials of strength are about gaining and maintaining a long list of allies

It’s evidently important to trace the networks of associations through the system of power. We need to know what and whom we’re dealing with, where the networks of alliances lead and what their motivations are.

When they’re significant. these connections need to be exposed publicly while referencing science. For example, oil companies and their long list of allies want to extract all the oil that’s still available for their own profit, regardless of the consequences for the world and the rest of us; because of the limits on the carbon debt related to projected climate change demonstrated by the IPCC, we simply just can’t afford it.

Importantly, the victors engaged in trials of strength are those with the greatest number of allies, which evidently includes the most powerful ones. This has been thrashed out in Science studies, particularly by Bruno Latour (I don’t agree with everything he says, of course, but he’s got quite a bit of content to get your head around, and you’ll be tracing the connections in networks forevermore…), over the past several decades but comes as no surprise to the politically minded.

Running the gauntlet of science, politics, society, and the environment

The understanding and requirements of trials of strength and asymmetrical networks can’t be reduced to a how-to manual, though, because everyone involved needs to run the gauntlet to see what results; moreover, alliances can be fragile or intractably enduring, which may be good or bad for your interests in particular.

Unfortunately, in science, political allies are necessary because they’re the ones who assist in the amplifying work of disseminating science (even allowing the science to be done to begin with) and eventually instituting its recommendations … if the science can first make it through the quagmire of heterogeneous interests and rampant misrepresentation, etc.

I should probably reference Sunzi and ‘The Art of War’ here: know yourself, your enemy and the terrain, and use a variation of tactics with flexibility, etc., etc. It’s a long list, too.

Sounds like political warfare rather than science, unfortunately. But, in fact, it’s scientific warfare with effective network building strategies as its necessary and embedded ally.

If the politics or the science is your enemy or weak point, you could be in serious trouble one way or another. Find yourself more allies and better allies fast … particularly within yourself.